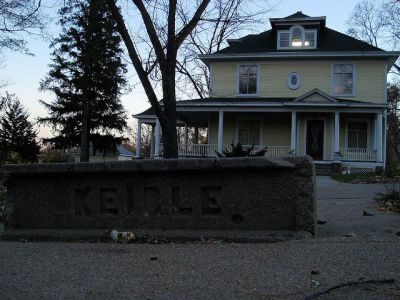 The Florence Historical Foundation restored this house in 1996 after the death of Maude Keirle, the last member of the only family that ever lived there. Built with a variety of styles, the Keirle House is a Midwest "classic box" with Queen Anne and classical revival details. It was built to face the town square of Winter Quarters, which the Mormons originally laid out in 1846.

Until February 2011, the House previously served as offices for the Uta Halee Girls Village executive offices. On March 9, 2012, the Keirle House was purchased by Robert and Kristina Mitchell for the purchase price of $110,000. Robert and Kristina will use the house as their primary residence. The House remains on Omaha's Landmarks Heritage Preservation Commission registry.