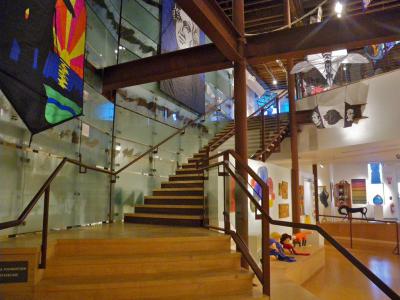 Kentucky Museum of Art and Craft (KMAC) Museum is an American art museum that "connects people to Art and Creative Practice". The museum was founded in 1981 as the Kentucky Art and Craft Foundation to build interest in the state’s craft heritage which quickly led to a one of a kind collection of American Folk Art from the region.

In 2001, the museum relocated to its current home, a four-story historic cast iron structure and changed its name to Kentucky Museum of Art and Craft, while still focusing on contemporary Kentucky artisans. Admission to KMAC for students and children is free.