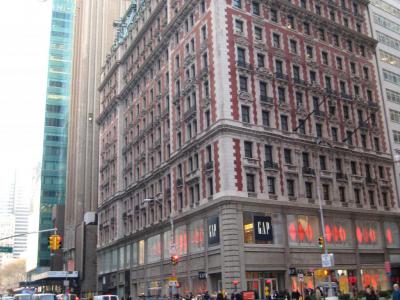 Today, the former Knickerbocker Hotel building on North Ivar Avenue is a residence for the elderly. Back in the day, it played an important role in the lives of several actors and musicians, and is reputedly one of the most haunted buildings in Los Angeles.

Built in 1925 by E.M. Frasier, this Spanish Colonial Revival edifice soon became a popular rendezvous for Hollywood stars. Rudolf Valentino used to have a drink in the local bar and tango the night away with a lot of willing partners. Marilyn Monroe used to meet Joe DiMaggio in the same bar and they spent their wedding night in one of the rooms.

Frank Sinatra, Lana Turner, Laurel and Hardy, and Elvis Presley all stayed in the hotel during its heyday. It was a lively, swinging place, but it was also the scene of many dramas that eventually led to it being labeled as haunted.

Between 1927 and 1936 Houdini’s wife held a seance on the roof every Halloween, trying to get in touch with the great escapologist who died on the 31st October 1926. In 1943 Francis Farmer, who had been involuntarily committed to a mental institution, hid here before being captured and dragged from the hotel; in 1948 film director D.W. Griffiths suffered a massive stroke in his room here and died on the way to the hospital. In 1962 Irene Gibbons, a costume designer committed suicide by throwing herself out of her 11th floor window. In 1966 the character actor William Fawley died in the hotel’s lobby.

In 1970 the hotel, by then declined with the rest of the neighborhood, was renovated and turned into a residence for the elderly. The bar, which was believed to be haunted, was boarded up until the mid 1990s, when it reopened for a brief period as the “Star Theatre Café and Speakeasy”. Among the ghosts reportedly spotted here are Rudolf Valentino, Marylyn Monroe and an unidentified man who wanders the corridors. There have also been reports of lights going on and off at odd moments and objects moving by themselves.
Image by Jim.henderson on Wikimedia under Creative Commons License.