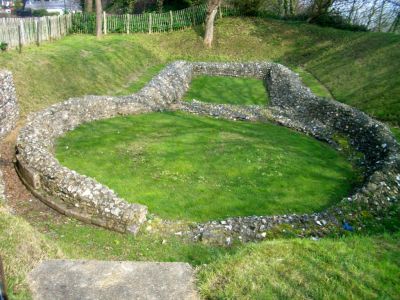 Knights Templar Church is a small church that represents great historical events. In 1213, King John of England came into this church to officially submit to the Pope, and this meant that he became a papal vassal. The person that managed to convince the king in his decision was Pandulf, who soon became Bishop of Norwich and one of the King's main supporters. It dates back from the 12th century and was built by Knights Templar. The usual shape of Templar churches is circular. The remains of this church were discovered by military engineers that were fortifying Western Heights in the 19th century.
Image Courtesy of Wikimedia and Gabirro.