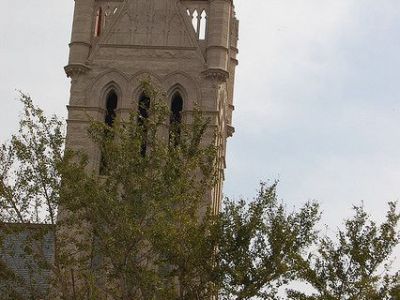 The current building was opened in 1913, and the church continued to grow, adding neighborhood Sunday Schools across Omaha. Many of these "Sunday Schools" were later developed into congregations. In 1916 the church claimed to be the largest Lutheran congregation in the world, withover 2,000 members. The General Synod of the Evangelical Lutheran Church in the United States was held at the Church in 1887. In 1940 Kountze hosted the annual convention of the United Lutheran Church of America. Extensive remodeling and repair work coincided with the 100th anniversary of the building in 2006. Kountze celebrates its 150th anniversary as a congregation in 2008.
Image by Erika_Herzog on Flickr under Creative Commons License.
Sight description based on wikipedia