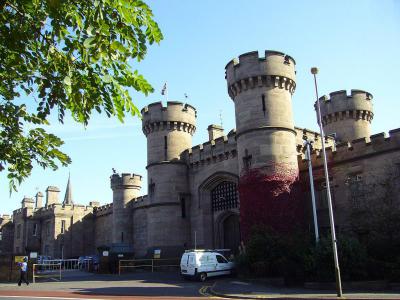 In 2001 Leicester hit headlines as a “failing prison” and David Ramsbotham, HM Chief Inspector of Prisons, declared that it should be shut down. In November 2006 an inspection report from the Chief Inspector of Prisons criticised Leicester Prison after nine inmates died there in a 28-month period. Continued overcrowding and poor health at the prison were also highlighted. Employment for inmates at the prison centres around Education, Kitchen, Domestic Cleaners, and the Greening Party. Education at Leicester Prison is provided by Milton Keynes College, and is mainly focused on vocational and foundation subjects. The prison also has a library provision, gym and chaplaincy covering a variety of faiths.
Image by NotFromUtrecht on Wikimedia under Creative Commons License.
Sight description based on wikipedia