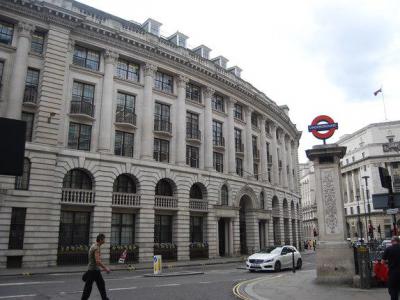 Home to many financial institutions, as well as an affluent residential area, back in the 19th century Lombard Street accommodated Smith, Payne & Smiths Bank at 1 Lombard Street. The bank manager George Beadnell lived next door, at 2 Lombard Street, where in 1831 he and his wife gave dinner to some of their friends and those of their daughters. Among the invited was the 19 year-old Charles Dickens whose career as a parliamentary reporter was just about to begin.

Beadnell's third daughter, Maria, captivated the young man’s heart which he described as being pinned ‘like a captured butterfly’ to the black velvet trimming on one of her dresses. The young Dickens walked to Lombard Street in the early hours just to gaze upon the place where Maria slept. He remained devoted to her for four years until 1833, when Maria returned from overseas and their relationship ended.

Maria was part of the inspiration for Dora Spenlow, David’s wife in "David Copperfield", and reappeared in real life in 1855 when, as Mrs Winter, she wrote to Dickens asking for a meeting. The anticipation of such a meeting was very high, but Dickens was deeply disappointed, finding Maria ‘toothless, fat, old and ugly’. She made another fictional appearance as Flora Finching, Arthur Clennam’s former love, in "Little Dorrit".

Dickens's first novel, "The Posthumous Papers of the Pickwick Club" (more commonly known as "The Pickwick Papers"), features a group of men travelling around England and staying, among other places, in London inns, such as the George and Vulture on Lombard Street.
Image by N Chadwick on Wikimedia under Creative Commons License.