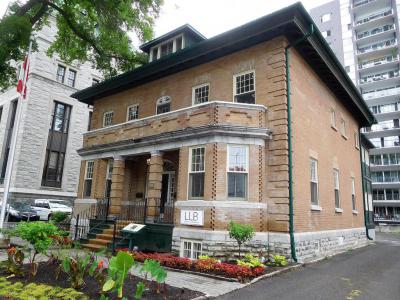 Due to its historical and architectural importance, as well as the environmentally privileged place it occupies, the house's heritage value was officially recognized in 2001. While the exterior evokes the cubism of early 20th-century "Four Square" houses, the interior plan and finish clearly reflect the former occupants' professional status, including the high-quality woodwork and fireplaces. Further illustrating the lifestyle of high-class families in 1950s Québec City are period furnishings, costumed guides, and several multimedia touches.
Image by Jeangagnon on Wikimedia under Creative Commons License.