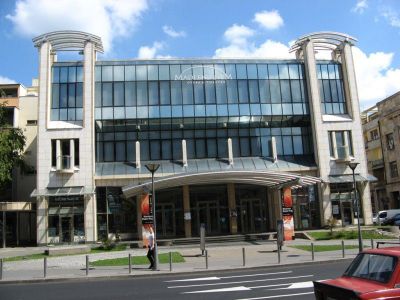 The Madlenianum Opera and Theatre is the first privately-owned opera and theatre company in Serbia and southeastern Europe. It was founded on 26 January 1999, in a building that had previously housed the second stage of the National Theatre of Serbia. After seven years of work and five stages of reconstruction, on 19 April 2005, a completely refurbished, reconstructed and conceptually enriched edifice opened its doors to the public. Today, the theatre provides stage for operas, ballets, concert programs, dramas and musical performances.
Image by Tadija on Wikimedia under Creative Commons License.
Sight description based on wikipedia