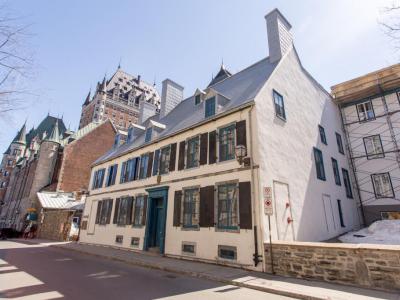 While access to the site is restricted, the courtyard and the outbuildings, where a restaurant is located, are accessible to the general public. A pamphlet and commemorative plaque provide the houses' history.
Image Courtesy of Wikimedia and Lëa-Kim Châteauneuf.