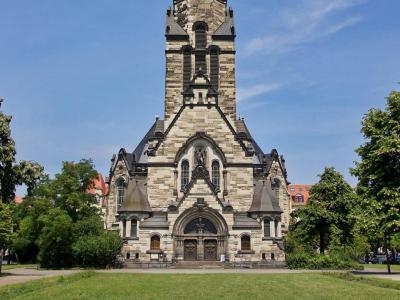 The Michaeliskirche has survived the destruction of the war unscathed and is distinguished by the original design of other church buildings of the epoch.
Image by Bbb on Wikimedia under Creative Commons License.
Sight description based on wikipedia