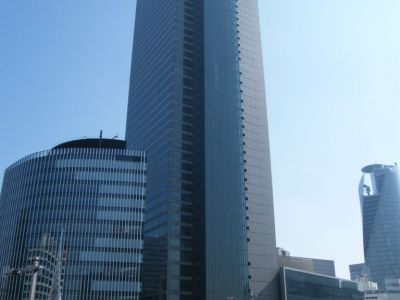 At 247m (810 feet), it is slightly taller than the nearby JR Central Towers. Midland Square features a shopping center with 60 name-brand stores, two automobile showrooms and a cinema. It also holds the record for the highest open-air observation deck in Japan. Also of note are the unusual double-floored elevators, which take only 40 seconds to rise to the top.
Image by K-star on Wikimedia under Creative Commons License.
Sight description based on wikipedia