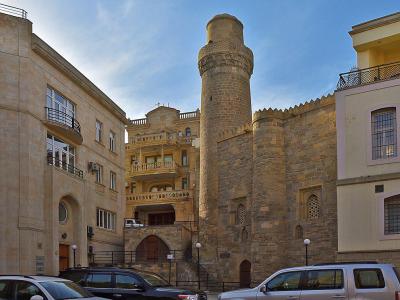 According to Arabic inscription which was saved in front of doorway of northern wall of the mosque, it was built by ustad-rais Muhammad the son of Abu Bakr in 471 of Hijra. It means that the architect was not only a master-ustad, but also a rais-head of artificers’ corporation.
Image Courtesy of Wikimedia and Ludvig14.
Sight description based on Wikipedia.