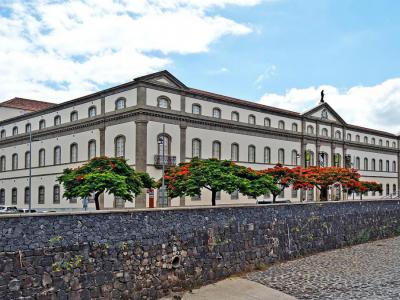 The Museum of Nature and Archeology is better known locally by its former name, the Museum of Nature and Man. The name was changed officially in November 2018 to give the museum a more inclusive image. The museum was founded in 1958. Its first director was Luis Diego Cuscoy. Luis's specialty was human prehistory remains, i.e., mummies.

The museum has a vast collection of mummies of the indigenous peoples of the Canary Islands, the Guanches. The stars of the collection are the mummy kings, the Menceyes, and the artifacts entombed with them. The ornaments, pottery, tools and weapons reveal the history of the Guanche culture from the beginnings to the conquest of the islands.

The museum is located in downtown Santa Cruz in the old neoclassical Civil Hospital building. The museum is internationally famous. It is considered to be the most important museum of Macaronesia, the volcanic island archipelagos of the Atlantic.

The museum also has a fine collection of prehistoric fossils peculiar to the Canary Islands, including the Giant Lizard of Tenerife, the Tenerife Giant Tortise, a Megladon Shark tooth, lots of trilobites and the ever popular Giant Rat.