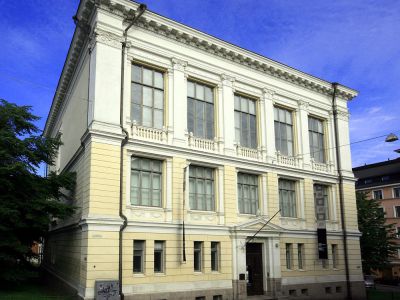 The Museum of Finnish Architecture has an interesting story behind the building in which it is housed. One might expect that a building would be especially designed for this sort of museum. However, this building was built in 1899 for the Learned Societies. This was just the first of three structures that were to be tied together over time. However, that was not to be, though several attempts have been made. In fact, there is still a movement afloat to build between this museum and the Design Museum to tie the buildings together.

This interesting old building has a huge central staircase that is magnificent, but would be a bit more fitting in the larger structure that was originally envisioned. The exhibits here are fascinating, and there is an extensive traveling collection too that tours the country and also the world. Some of the favorite exhibits involve the scale models of buildings. There are thousands of drawings and photos of buildings from medieval times to the present.

While Finnish architects are showcased, there are also exhibits showing the work of architects the world over. There is also a bookstore for that eclectic gift and a library for the vacationing bookworm.