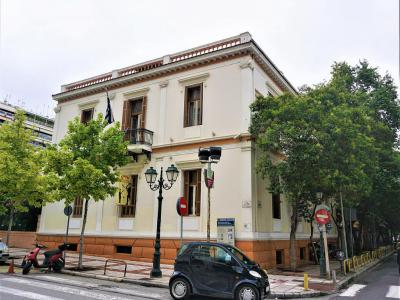 Museum of the Macedonian Struggle, Thessaloniki

The Museum for the Macedonian Struggle occupies a neo-classical building designed by the renowned architect Ernst Ziller and built in 1893. In its six ground-floor rooms the museum graphically illustrates the modern and contemporary history of Greek Macedonia. It presents the social, economic, political and military developments that shaped the presence of Hellenism in the region.

Operating hours: Monday-Friday : 9 am - 2 pm;Wednesday until 8 pm; Saturday: 10 am – 2 pm.
Image by Joyofmuseums on Wikimedia under Creative Commons License.
Sight description based on wikipedia