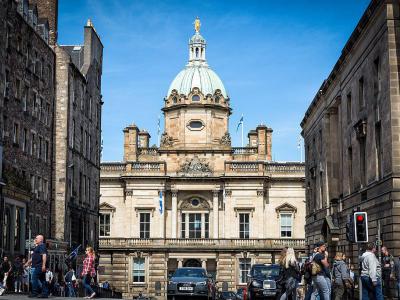 Museum on the Mound, Edinburgh

The Museum on the Mound is an enriching and eye-opening experience that you really shouldn’t miss.

This fascinating museum opened in 2006 and is housed in the former Bank of Scotland headquarters which is decorated with portraits of notable Scottish bankers, pictures and maps showing Edinburgh over the centuries. But the museum isn’t about the history of the city; it’s about money. It is one of the three banking museums in the United Kingdom.

It covers over 4000 years of the history of money – from the time when goods were paid for in feathers, sand, salt or tea to the modern credit cards. You’ll learn about how the banking system evolved from people leaving their savings hidden in churches and monasteries to futuristic electronic banking.

You will see coins galore and bank notes from over the ages, including the first Scottish bank note, which in 1716 was the first paper currency to be printed in the world. One gallery is dedicated to the history of the Bank of Scotland.

There are interesting interactive displays and you can even try your hand at cracking a safe! In the Forgery Section you will learn the different methods used by notorious forgers and behind a glass display case is a million pounds in bank notes. Don’t get any ideas from your safe-cracking experiment – the notes are genuine, but cancelled!