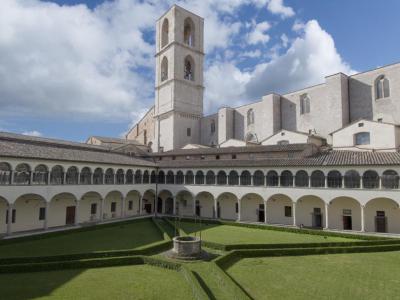 The National Archaeological Museum of Umbria, housed in the former convent of San Domenico, includes various exhibits mostly from the late 18th century, as well as unique objects from the Hellenistic era, Etruscan-Roman period and Paleolithic age. Here you will find the famous Perugian Memorial Stone, Etruscan funeral urns, the Cai Cutu tomb, Etruscan tombs, sarcophagi from the Sperandio area, jewelery, bronze works, coins, ceramics and many other fascinating items.
Image by Giovanni Dall'Orto on Wikimedia under Creative Commons License.