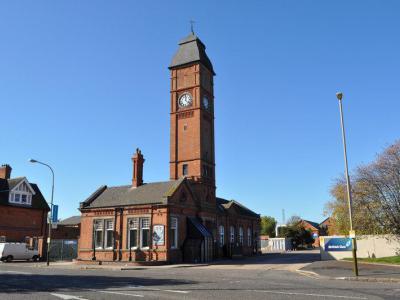 The Gas Museum is situated in the former gatehouse of a gasworks in Leicester and deals with the history of domestic and industrial gas supply. It is claimed to be "the biggest collection of gas and gas related artefacts in the world". The building is a Grade II listed building, dating from 1878, with a clock tower. The public museum is on two floors, with over 4000 items in storage. It was opened April 29th 1977, then called the John Doran Museum. Displays include accounts of the history of gas usage in the UK and examples of technology. There is a tableau of 1920s kitchen with gas equipment. Domestic items include washing machines, gas irons and even a gas-powered radio.

Operation hours: Tuesday, Wednesday and Thursday: 10 am - 3 pm.
Image by NotFromUtrecht on Wikimedia under Creative Commons License.
Sight description based on wikipedia