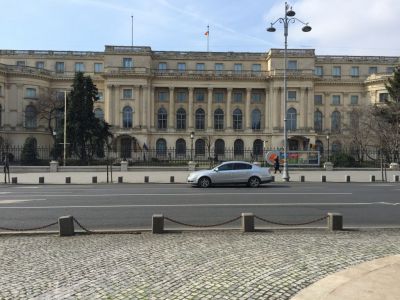 National Museum of Art of Romania, Bucharest (must see)

The National Museum of Art of Romania is located in the former royal palace in Revolution Square, central Bucharest, built in 1937. The museum holds notable collections of medieval and modern Romanian art, as well as international works assembled by the Romanian royal family.

The museum was damaged during the 1989 Romanian Revolution that led to the downfall of Nicolae Ceauşescu. In 2000, part of the museum reopened to the public, housing the modern Romanian collection and the international collection; the comprehensive medieval art collection, which now features works salvaged from monasteries destroyed during the Ceauşescu era, reopened in spring 2002. There are also two halls that house temporary exhibits.

Operation hours: Wednesday to Sunday: 10:00 am - 6:00 pm.
Image by Jim under Creative Commons License.
Sight description based on wikipedia