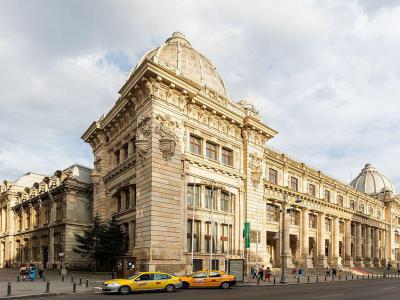 The National Museum of Romanian History is a museum on Calea Victoriei in Bucharest, Romania, which contains Romanian historic artefacts from prehistoric times up to modern times. It is located inside the former Postal Services Palace, which also houses a philatelic museum. As of 2007, the museum has been under reconstruction; a late medieval archaeological site was discovered under the building.

The structure was built in 1970 aiming at illustrating the cultural evolution during all historical epochs of Romania. It is the most important museum of history and archaeology in Romania, due to both size and heritage. The museum also plays an important role in contemporary Romanian archaeology and is a leader in the field of preventive archaeology.

The permanent displays include a plaster cast of the entirety of Trajan's Column, the Romanian Crown Jewels, and the Pietroasele treasure.