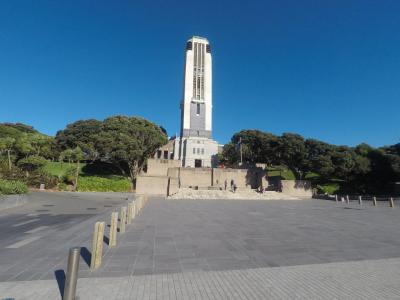 The New Zealand National War Memorial was dedicated in commemoration of the First World War in 1932. The memorial also officially remembers the New Zealanders who gave their lives in the South African Boer War, World War II and the wars in Korea, Malaysia and Vietnam. The War Memorial consists of the War Memorial Carillon, the Hall of Memories, and an unknown New Zealand soldier interred in a tomb, constructed in 2004 in front of the Hall of Memories. Four Rolls of Honor bear the names and ranks of 28,654 New Zealand soldiers. Lyndon Smith's bronze statue of a family group is the focal point for the complex, which is visited by approximately 20,000 people a year.
Image by jemsweb on Flickr under Creative Commons License.
Sight description based on wikipedia