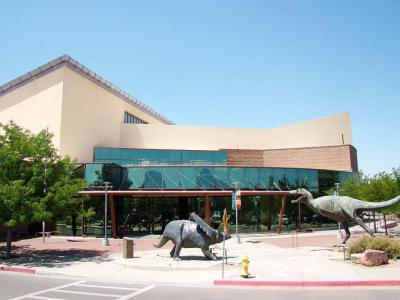 The New Mexico Museum of Natural History and Science was founded in 1986. It is a natural history and science museum with eight distinct permanent exhibits. These exhibits are referred to as "time halls."

The permanent exhibits at the New Mexico Museum of Natural History begin with the birth of the universe and end with the ice age. The exhibits are: Origins, Dawn of the Dinosaurs, Jurassic Age of Super Giants, New Mexico's Seacoast, Age of Volcanoes, Rise of the Recent - Evolving Grasslands, Cave Experience and New Mexico's Ice Age.

The museum also has a planetarium and an exhibit that covers space and space exploration. Visitors can also see fossils, native animals and native plantlike.