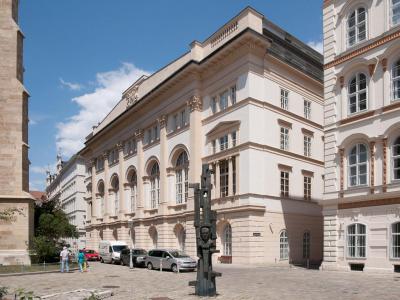 Palais Niederösterreich holds a special place in Viennese history as the site of a revolution, the birthplace of a republic, and a host to famous musicians. It was originally the seat of the Estates House of Lower Austria, from 1861 the State Assembly building and from 1918 the Parliament of the new Republic of German Austria; add to this having been the focal point of the Viennese 1848 uprising and you can see why it's a building with rich history.

So far as music is concerned, Franz Liszt performed here in 1822, Beethoven held a similar performance in 1825, and Schubert premiered some of his works in the palace, too. After the legislature and the ministries moved out in 1997, the building underwent substantial renovations and restoration work, and is now used for concerts, exhibitions, and for private functions and events.

Easy to locate on Herrengasse – the preferred address of the nobility from the time the Habsburgs moved into the Hofburg Palace until the fall of the dynasty in 1918 – in an area teeming with pubs, bars and restaurants and some amazing architecture, so well worth checking out if you're in the area.