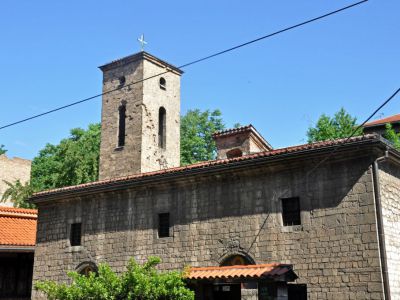 Some believe that the Old Orthodox Church in Sarajevo dates back to the 5th or the 6th century, while others consider it a 12th-14th century construction. Also, there are opinions that it appeared during the Ottoman Empire, in the 15th - 16th century. Thus, the exact period is still unknown.

The Old Orthodox Church was damaged several times by fires, but was restored each time. The building we see today dates back to 1730. It lacks the apse and has a nave surrounded by a colonnade. The most important thing about this church is the fabulous carved iconostasis dating back to 1674.

Today, the Old Orthodox Church is one of the oldest museums in Bosnia and Herzegovina, with stunning collections of icons and old paintings, old manuscripts, liturgical fabrics, old documents, books and much more. Here, you will find the works of Maksim Tujković, Longin and other Greek, Russian and Cretan artists.
Image by Jennifer Boyer on Wikimedia under Creative Commons License.