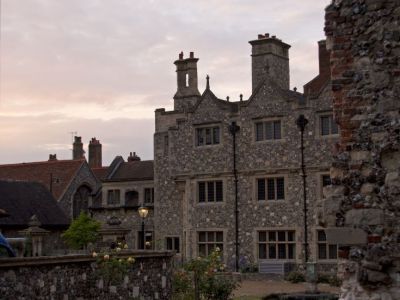 The Old Palace belongs to the precincts of the Canterbury Cathedral. It dates from the 11th century. The palace served as residence for many archbishops and it still remains. The building once housed The Parliament, since 1647, during the English Civil War. Then it got the previous status of the Bishop’s Palace and was rebuilt at the end of the 19th century. Archbishop's Palace underwent many alterations and adjustments in the course of time. It was reopened again in 2006 after a two-year process of much needed refurbishment.
Image Courtesy of Flickr and ahisgett.