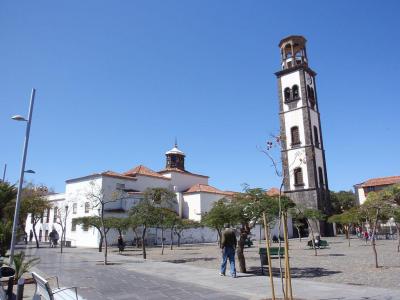 The Church of the Immaculate Conception is not the Cathedral of Tenerife. That honor goes to the Cathedral of La Laguna. However, the Church of the Immaculate Conception does have five naves. No other church in the Canaries has five naves. The church is built over a chapel erected by the conquistadors when they landed on the island.

The style of the church is both baroque and Tuscan. The bell tower, the stand out identifying marker of the church, closely resembles a minaret.
Image Courtesy of Wikimedia and Cabareste.