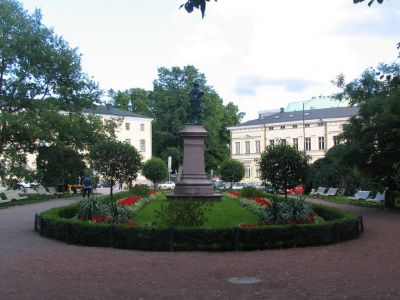 The Per Brahe statue is a monument of the general governor of Finland and first chancellor of the Academy of Turku, located in Brahenpuisto in Turku, Finland. It was designed by Walter Runeberg and revealed in 1888.

Runeberg had made one statue for the base built for Brahenpuisto, but it was too small, so this was sold to Raahe, which was placed in Pekkatori in the city centre. Runeberg sculpted the one seen in Turku the same year.