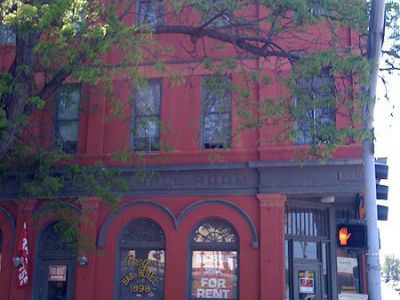 The Prague Hotel is located at 1402 South 13th Street on the southwest corner of South 13th and William Streets in the heart of the Little Bohemia neighborhood of Omaha. Designed by Joseph Guth and built in 1898, this building was listed on the National Register of Historic Places in 1987. In 1869, Vaclav Stepanek built the first Czech dance hall where Prague Hotel now stands.

Gottlieb Storz built the Prague Hotel in 1898, as a three-story brick building that provided Nebraska's Czech immigrants with familiarities in their new country. It was established in the city in the 1870s. For more than forty years it remained the only hotel catering to Bohemians between Chicago and the Pacific Coast. In 1987 the building was rehabilitated and converted into apartments. Local architectural firm Prochaska & Associates won awards for their renovation work on the building.
Image by Freechild on Wikimedia under Creative Commons License.
Sight description based on wikipedia