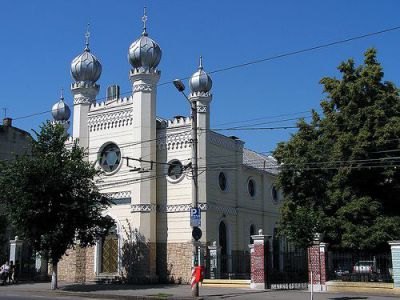 The Neologue Synagogue in Cluj-Napoca is the city's only synagogue serving the local Jewish community. Located on Horea Street, it was built according to plans of engineer Izidor Hegner between 1886 and 1887. Seriously affected after attacks by the Iron Guard on September 13, 1927, it was soon rebuilt by the Romanian government. In the period following the Second Vienna Award, when Northern Transylvania was returned to Hungary, the synagogue witnessed the Jews' deportation to Nazi extermination camps, and was damaged by the bombardments of the neighbouring railway station, on June 2, 1944. In 1951 it was again restored. It is currently dedicated to the memory of those deported victims of the Holocaust.
Image by Hkoala on Wikimedia under Creative Commons License.
Sight description based on wikipedia