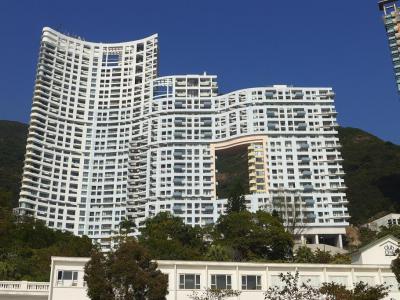 The Repulse Bay is located in the southern end of Hong Kong Island. The bay area consists of a beach, and the Repulse Bay residential community, which was built on the former site of Hong Kong's famous Repulse Bay Hotel. The beach is a popular tourist destination in Hong Kong with visitors flocking its shores throughout the year.

The Repulse Bay Beach was made during the 1910s. The beach has been artificially extended and many attractions have been added over time to attract tourists. The climate of the region is temperate enough to attract visitors even in the middle of winter, as the temperature seldom drops below 15-20 degrees Celsius.

The Repulse Bay Hotel was a famous landmark in Hong Kong where many celebrities and royalty stayed. It was built in 1920 and became a favorite holiday spot for locals and tourists alike. Actor Marlon Brando and famous writers like Noel Coward and George Bernard Shaw were just a few amongst many celebrities who stayed at the hotel. Spain’s Crown Prince Juan Carlos and Princess Sofia also spent their honeymoon at the hotel. Among other royal guests here have been Prince Peter of Greece and Prince Axel of Denmark. In 1982, the Repulse Bay residential community was built at the site of the former hotel.

Why You Should Visit:
One of the most astounding landscapes where, on one side, you will find skyscrapers, and on the other side, the expansive sea views with sunsets as beautiful as you can see anywhere in the world.

Tip:
Find out the bus schedule and go by bus – it will be a fun trip.
From there, you can take the coastal walk to Deep Water Bay. If you wish to go further afield, you can walk on to Aberdeen. Along the way, you will see some of the attractions at Ocean Park in the not-too-far distance.
Image by Blue beach birds on Wikimedia under Creative Commons License.
Sight description based on wikipedia