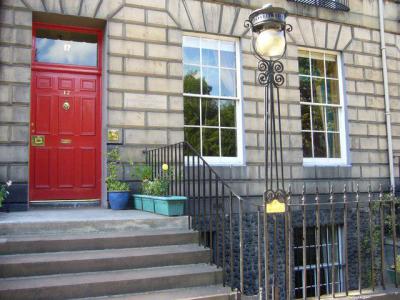 In the short span of his life, 13 November 1850 – 3 December 1894, Robert Louis Stevenson (born Robert Lewis Balfour Stevenson) had made history as a great Scottish novelist, poet and travel writer, much famed for his works, such as Treasure Island, Kidnapped, Strange Case of Dr Jekyll and Mr Hyde, and A Child's Garden of Verses.

Widely recognized during his lifetime, Stevenson's critical reputation had been mixed following his death, although today his works are still well received, earning him the rank of the 26th most translated author in the world.

Born and educated in Edinburgh, Stevenson had long suffered from serious bronchial disease; at the age of one he inherited a tendency to coughs and fevers, exacerbated when the family moved to a damp, chilly place at 1 Inverleith Terrace in 1851. When Stevenson turned six, the family moved to the sunnier 17 Heriot Row, but the extreme sickness, especially in winter, hadn't gone away until he was 11.

Stevenson had no siblings and, being odd-looking and eccentric, he found it hard to fit in at a nearby school where he went from age six, and then later, aged 11, when he was sent to the Edinburgh Academy. Frequent illnesses often kept him away from his first school, so for long periods of time he had to rely on private tuition. Stevenson learned to read rather late, at age seven or eight, but even before that he dictated stories to his mother and nurse, and compulsively wrote stories throughout his childhood.

Presently owned by John and Felicitas Macfie, Stevenson's childhood home in Edinburgh has retained much of its original architectural appearance, and is used as a venue for hosting receptions, dinners and conferences.
Image Courtesy of Wikimedia and Kim Traynor.
Sight description based on Wikipedia.