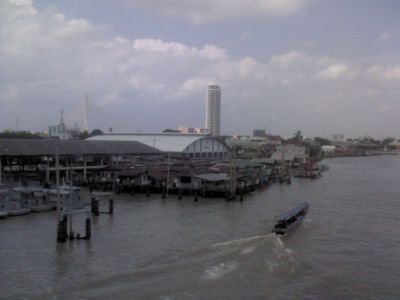 Originated in the capital of Sukhothai Kingdom probably in the 13th century, Royal barges formerly served as war vessels and were used on royal occasions. During Ayutthaya period, the magnificent processions of spectacular royal barges aligned on the rivers and canals at the island capital of Ayatthaya.

The Royal Barge Procession is one of the most spectacular events in the world. At this event the King delivers new robes to the monks at Wat Arun. Lavishly and ornamentally decorated boats maintained by the Royal Thai Navy and docked at The Royal Barge National Museum participate in this gala.

The Royal Barge Procession continued on to the last reign of the Ayutthaya period after which the barges deteriorated gradually. During the war which brought about the fall of Ayutthaya in 1767, the royal barges were lost along with other treasures and the records of the Kingdom. After King Rama I became the first king in 1782, he considered the renewal of national arts and craft and maintenance of early traditions and ordered the construction of new royal barges to revive the tradition.

On April 1932 King Rama VII travelled by barge procession to the Grand Palace to mark the 150th Anniversary Celebration of the Chakri Dynasty and Bangkok as the capital city. This proved to be the last Royal Barge Procession of an absolute Monarch of Siam because a coup changed the government from an absolute to a constitutional monarchy in the next June. From then onwards, the barges are kept at the dry dock under the care of Royal Household and Royal Navy. During World War II bombing on Bangkok, the barges were severely damaged. H.M.King Bhumibol Adylvadej of that time ordered their restoration and decided to revive the ancient tradition of the Royal Barge Procession for auspicious occasions. In 1972 this dock was then renovated and established by the Fine Arts Department as the National Museum of Royal Barges.

The Royal Barge fleet consists of 52 vessels. Each is a masterpiece of marine and traditional craftsmanship. They display a variety of figureheads on their bows, including a sacred Garuda, Hanuman, fierce beast with open mouth breathing fire, protruding fangs and long tongue supporting a crystal orb and the seven heads of Naga.

Built in 1911, the most impressive and important boat is the King’s personal barge known as Suphanahong. It is 46 meters in length and made from a single tree. Covered with intricate gilt carvings and colorful pieces of glass, its design is representative of a mythical swan. Its crew consists of 54 oarsmen who paddle in time to the rhythmic beat of a drummer.

The unique design and decorative details of each barge is of great interest to all visitors. You must visit The Royal Barge National Museum to get an insight into the colorful culture of Thailand. The Museum is open daily between 9:00 am and 5:00 pm
Image by Sry85 on Wikimedia under Creative Commons License.