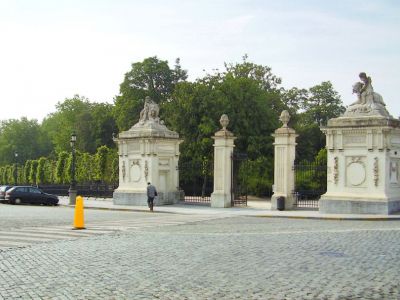 The Royal Park, otherwise known as Brussels Park, is the largest public park in the Belgian capital, and is surrounded by a number of key locations, such as the Royal Palace and the Belgian Parliament building. It covers an area once occupied by the medieval court of Brabant which originated in the 11th century.

In the 18th century, under the Austrian rule, the area resembled a little forest within the city, with hills and valley, which was later turned into a classical style park, courtesy of the Austrian Empress Maria-Theresia, to be enjoyed by the wealthy citizens. Following that, the terrain was leveled and reconstructed according to the geometric plans designed by Guimard and Zinner, with classical statues and important cultural buildings added later on, including the Waux-hall music venue.

In 1830, the park was the site of a significant historic event which led to Belgian independence. A clash between revolutionary forces and the Dutch army within the park sent out a clear message that the Belgians wanted to break away from the Netherlands. The revolutionists succeeded and, on September 27, 1830, a new nation of Belgium was established.

Why You Should Visit:
Biggest park in the heart of Brussels (besides Cinquantenaire) with lots of architectural landmarks to feast one's eyes on in every direction.
The national parade route passes along the park and, in the summer, there's also a big annual music festival taking place right beside.
There is a good playground for kids in the middle of the park and lots of cute little cafes serving small bites and local craft beer.
Image by Ben2 on Wikimedia under Creative Commons License.
Sight description based on wikipedia