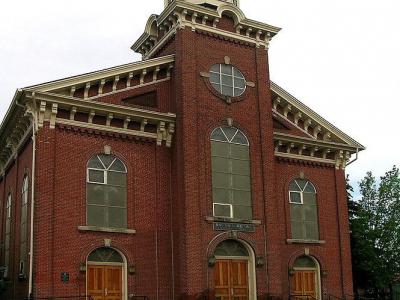 In 1911, some of the newer black residents of the Catholic faith established a chapel at old St. Mary's. In 1914, the growing congregation moved to a converted Episcopalian church at Eliot and Beaubien. The church flourished, and in the late 1930s, the congregation petitioned to move to the nearby Sacred Heart, due in part to the school building on the site. In 1938, Sacred Heart was converted from a German parish to an African American parish. The congregation at this time measured approximately 1500 members, and they quickly utilized the school at Sacred Heart, graduating the first high school class in 1945.