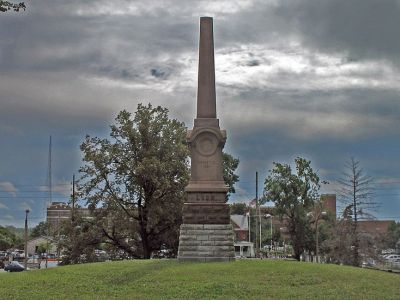 The Saint Louis Arsenal was built in 1827, when the United States War Department decided to replace a 22-year old arsenal, Fort Belle Fontaine with a larger facility to meet the needs of the rapidly growing military forces. It played a very important part in the American Civil War, being back then a large complex of weapons and ammunition storage buildings owned by the United States Army. Such personalities as William Beaumont, Ulysses S. Grant, William Sherman, Nathaniel Lyon, Daniel Frost, and many others who would claim a place in American military history once served at, or had dealings with, the Saint Louis Arsenal.
Image by Americas Roof on Wikimedia under Creative Commons License.