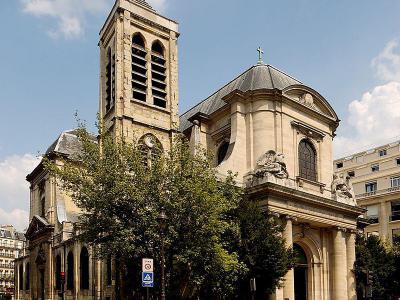 Saint-Nicolas-du-Chardonnet is a Roman Catholic Church in the center of Paris. Originally built in the 13th century, it has been reconstructed a handful of times over the centuries. The exterior facade is subtle and simple while the interior features some nice side chapels with large scale frescos. The High Altar and inner dome work are particular highlights. In the absence of a forward-facing altar, the original plan of the church, including the High Altar, can be seen without obstruction.

Saint Nicolas's organ originates from the old parochial church of Saints-Innocents and was built between 1723-25. Notably, famous harpsichordist Jean-Nicolas held a formal position of organist at the church. In 1961, the instrument was electrified and between 2007-09, it was rebuilt for the second time. One can still hear it, given the opportunity.

Since 1977, the church has been used by the Society of St. Pius X, which follows the traditional rites of the Roman Catholic church. As a result, mass is said in Latin here. On a typical Sunday, the church can have up to six masses served continuously, without interruption.