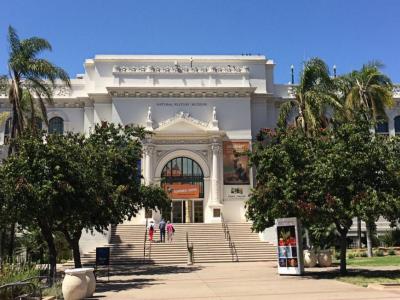 The San Diego Natural History Museum got its start in 1874. In those days, it was called the Society of Natural History. It is located in Balboa Park at 1788 El Prado. It has been located in the same place now since January of 1933. As such, it is the third oldest such institution west of the Mississippi River and is the oldest in the state of California. An addition to the building was added in 2001, which gave the location twice as much room for exhibits.

As the name of the museum implies, it is all about nature here. The exhibits attempt to display the biodiverse nature of the state, especially the Southern California area. You can learn about gems and minerals, get a chance to see how to crystals are made, and much more. The displays will cover everything from evolution to extinction.

Why You Should Visit:
Plenty of skeletal and animal treasures amid terrific educational resources. Can be enjoyed by adults and children alike!