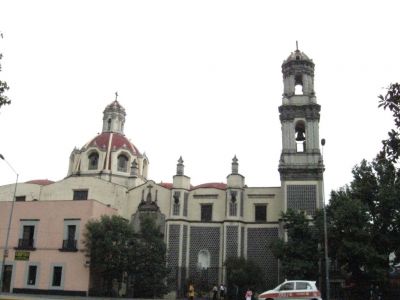 On the western side of Plaza de Santa Veracruz, the Church of San Juan de Dios served as a flour mill, hospital, church and monastery for four centuries before housing the vast collection of decorative arts – Latin America's largest – amassed by German stockbroker Franz Mayer during his lifetime and among the finest you'll ever lay eyes on.

Now called the Franz Mayer Museum, the historic structure is used to display fine artworks, books, furniture, ceramics, textiles and many other types of decorative items. A large portion of the collection comes from Europe and Asia but most comes from Mexico itself with items dating from the 15th to the 20th centuries. Many pieces are fine handcrafts, such as textiles and Talavera pottery, and they are important because they often did not survive elsewhere.

In addition to displaying the items Mayer collected, of which only over a quarter is visible, the museum still makes acquisitions, sponsors temporary exhibits and has a café located in the center courtyard/garden. In the cloister area, an important section is dedicated to Mayer's over 14,000 books, which include 800 different editions of "Don Quixote" and the "Chronicles of Nuremberg", edited in 1493. In 2016, the Center for Popular Art Studies opened in the museum's basement.