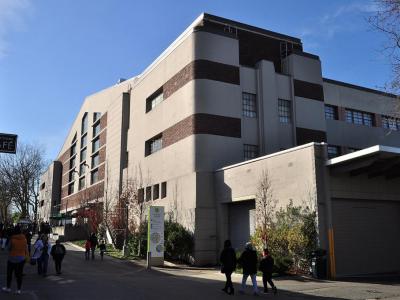 Originally built as an armory in 1939, this stately building, newly named Seattle Center Armory, housed half-ton tanks and the 146th Field Artillery. It was remodeled in 2012 and now contains a large food court with an impressive array of popular eateries like Mod Pizza, Premier Meat Pies, the great Plum Pantry vegan bistro, as well as the arts- and culture-oriented Children's Museum, and a performance area where 3,000 free public performances are held each year. In short, there's a lot to choose from when getting a quick bite or sitting for a meal, but one might also bump into several interesting exhibits with all sorts of vendors, ethnic food, performers, and even African wears. There's something for everyone and there's a lot of seating available inside. Come on in and see what you will find!