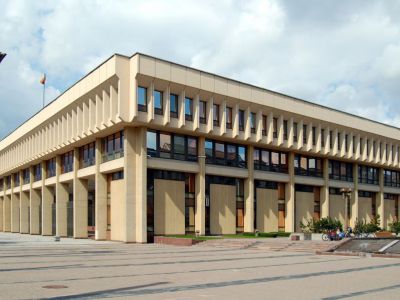 Seimas Palace is the Lithuanian parliament named Seimas seat in Lithuania's capital Vilnius. Works on the construction of the first wing of palace were carried out in 1976. The Construction was supervised by architects Algimantas Nasvytis and Vytautas Nasvytis. In 1980 9717,37 square meters palace works were completed. Later the building was expanded due to growing needs. Lastly the palace complex consisted of three wings, the main, first wing, housed the Parliament Hall, where legislation works were carried out.
Image by sfu on Wikimedia under Creative Commons License.
Sight description based on wikipedia