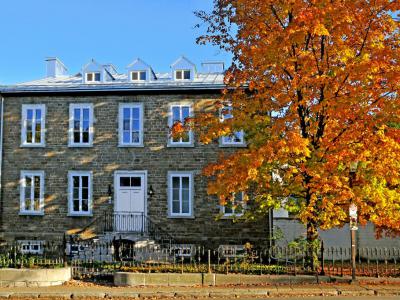 The property's official recognition also refers to the adjoining buildings, including the Saint-Louis barracks at the rear, and the Squash Ball Court, former workshop, garages and warehouse, built in different eras along the property's west border.
Image by LBM1948 on Wikimedia under Creative Commons License.