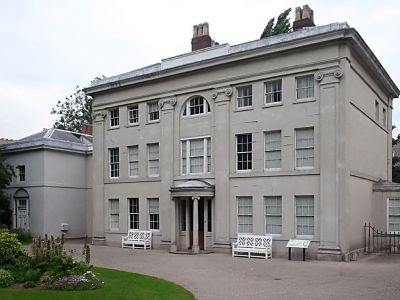 Soho House Matthew Boulton's home (from 1766 until he died in 1809) is now a museum (opened in 1995), celebrating his life, his partnership with James Watt and his membership of the Lunar Society of Birmingham. It was designed by Samuel Wyatt and work on the current building began in 1789. It is a Grade II listed building.

As a Community Museum, it hosts exhibitions of local and community interest. It is free to under 16s. Gardens, grounds and visitor facilities are free to all visitors.

Operation hours: Wednesday-Thursday: 11 am –4 pm.
Image by JimmyGuano on Wikimedia under Creative Commons License.
Sight description based on wikipedia