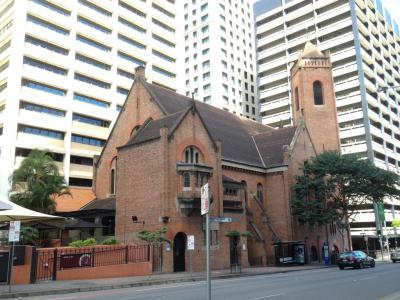 In the 1920s the St. Andrews underwent extensive renovations with a more ornate entrance from Ann Street into the sanctuary and from Creek Street into the Hall added. In this same period the stunning stained glass windows of the church were finally completed. The church was most recently refurbished in 1999. One of the main features of the façade is the bell tower, which is still used to call the congregation to church on Sundays.
Image by Kgbo on Wikimedia under Creative Commons License.