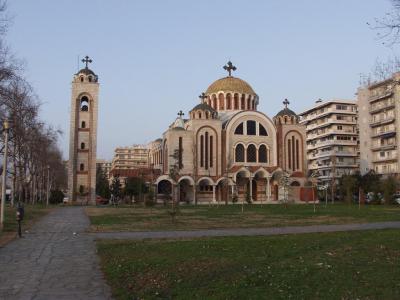 St Cyril and Methodius Church is an orthodox church dedicated to these two saints. Cyril and Methodius were two Greek brothers, born in Thessaloniki in the 9th century, who became missionaries for Christianity among the Slavic peoples. Through their work they influenced the cultural development of all Slavs, for which they received the title "Apostles to the Slavs." Both brothers are venerated in the Eastern Orthodox Church as saints "Equals to the Apostles." A monument to the two brothers stands in front of the church.
Image by Подпоручикъ on Wikimedia under Creative Commons License.
Sight description based on wikipedia