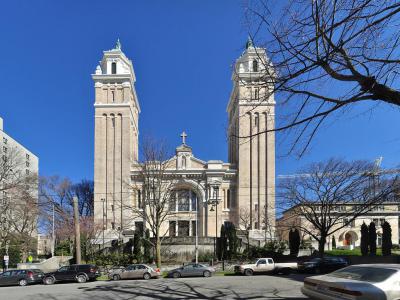 In 1984 the City Council declared the cathedral as a City Landmark. Visitors are welcome to view the artistic treasures of the Cathedral by going on the tours that are conducted every Wednesday.
Image by Joe Mabel on Wikimedia under Creative Commons License.