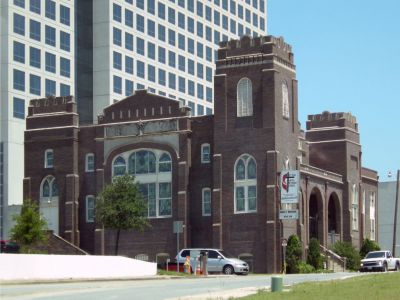 St. Paul was designated as an historic landmark by City of Dallas in 1982. In 2013, the church was approved as Texas Historical Landmark. In 2016, St. Paul was named to the national registry of historic sites. There was a recent effort to renovate this old church, which now is finished. It was quite the undertaking, as walls had to be stabilized and restored. An elevator was also added to the church for the handicapped and elderly. The church can be visited most any day of the week, but they also have worship service on Sundays at 10:45 a.m.
Image Courtesy of Wikimedia and Joe Mabel.