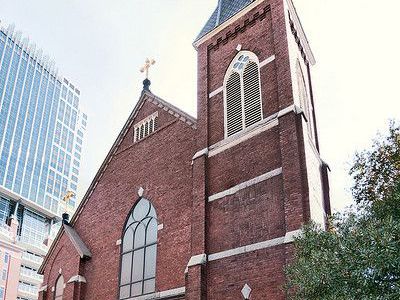 A prominent feature of the church interior was a triptych by American painter Ben Long, a three-part fresco depicting Christ’s Agony in the Garden, Resurrection, and Pentecost. The fresco was severely damaged in February 2002 and cannot be fully restored. Following the damage to the fresco, the interior of the Church was renovated in 2007.
Image Courtesy of Flickr and Steve Minor.
Sight description based on Wikipedia.