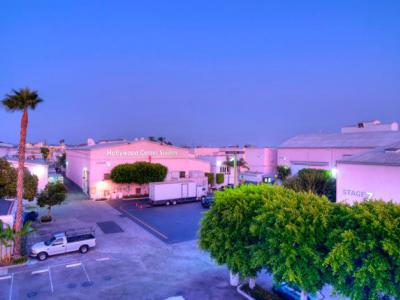 Sunset Las Palmas Studios, previously known as Hollywood Center Studios, is an independent production lot providing stages and related services to television, movie and commercial production companies. Founded in 1919 by John Jasper, a former associate of Charlie Chaplin, the lot is one of the oldest production facilities in Hollywood and has played host to many notable productions, including such television shows as The Burns and Allen Show, I Love Lucy, The Addams Family, seasons 2-10 of Jeopardy! (1985-1994), The Rockford Files, The Keenen Ivory Wayans Show, MADtv, and The Suite Life on Deck, RuPaul's Drag Race and Raven's Home, as well as such movie productions as When Harry Met Sally... and The Player.

Sunset Las Palmas Studios continues to provide stage facilities for many television productions, including shows produced by Disney, NBC, Comedy Central and MTV. The lot features 12 sound stages, ranging in size from 4,400 square feet to 19,000 square feet, several of which are able to accommodate live audiences, as well as a virtual set stage for webcasts.
Image by Kgayhart on Wikimedia under Creative Commons License.
Sight description based on wikipedia