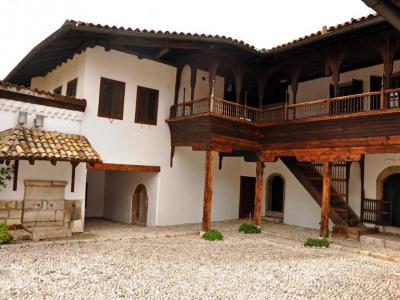 This house was built by the renown Glođo family, an important figure in the fight for the autonomy of Bosnia and Herzegovina during the Ottoman Empire, and was originally known as the Glođo house. It is a museum that displays the way of life of a Muslim family at the end of the 17th century.

Because the Glođo family didn't have any male successors, the house was acquired by the Svrzo family. Today, Svrzo House represents a typical example of a house from that time, with two parts: selamluk and haremluk (the public and the private house).

After the Siege of Sarajevo, the house was seriously damaged, but soon repaired and open to the public in 1997. Another reconstruction of the house took place in 2005, when the roof and the pavement were repaired.
Image by ivekbeg under Creative Commons License.